When I saw this old ad in McClure's (many issues are on-line) I immediately heard my mother's voice. She often used the word "tarvia." My young ears figured that it meant the same as "asphalt."

But no! Tarvia pre-dated asphalt. It was the trademarked name of a coal tar product used and promoted to improve dirt and gravel roads. 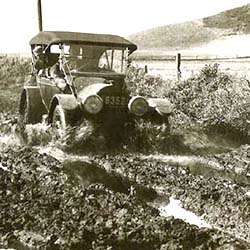 As soon as the automobile appeared the problem of roads was born. Wheels were better in so many ways than hooves, until rains turned the roads into mud.

The romans had used stones and pavers. They had also learned the importance of a proper foundation. 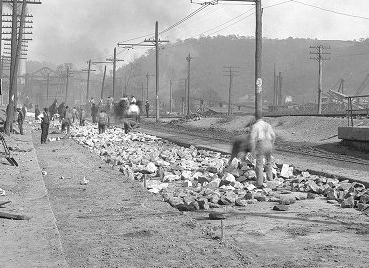 Thomas Telford shaped road-building for Britain and his techniques were carried on in the U.S. This involved shaped paving blocks laid by hand and cambered by masons, then covered with gravel.

In 1820 a Scot named John Loudon McAdam made things much simpler. He proposed that the foundation could be shallower, if the road covering were more of a crust. Then the soil below would be protected. The crust was constructed of layers of carefuly sized stones. without any use of large sizes. He firmly believed that the stones should be sized by people using hammers.

Wikipedia is the place to go for more information on road-building, if you want to know more. (link)

In any case, the ad for Tarvia takes us to the next step. If you have a "macadamized" road, it may be further improved by applying Tarvia.

The inventor of Tarvia™, Samuel Barrett of Chicago, also recommended creating roads and sidewalks of wood blocks, bricks or stone pavers, and then covering and binding them with Tarvia. (On a hot day, it might have gotten rather sticky.) 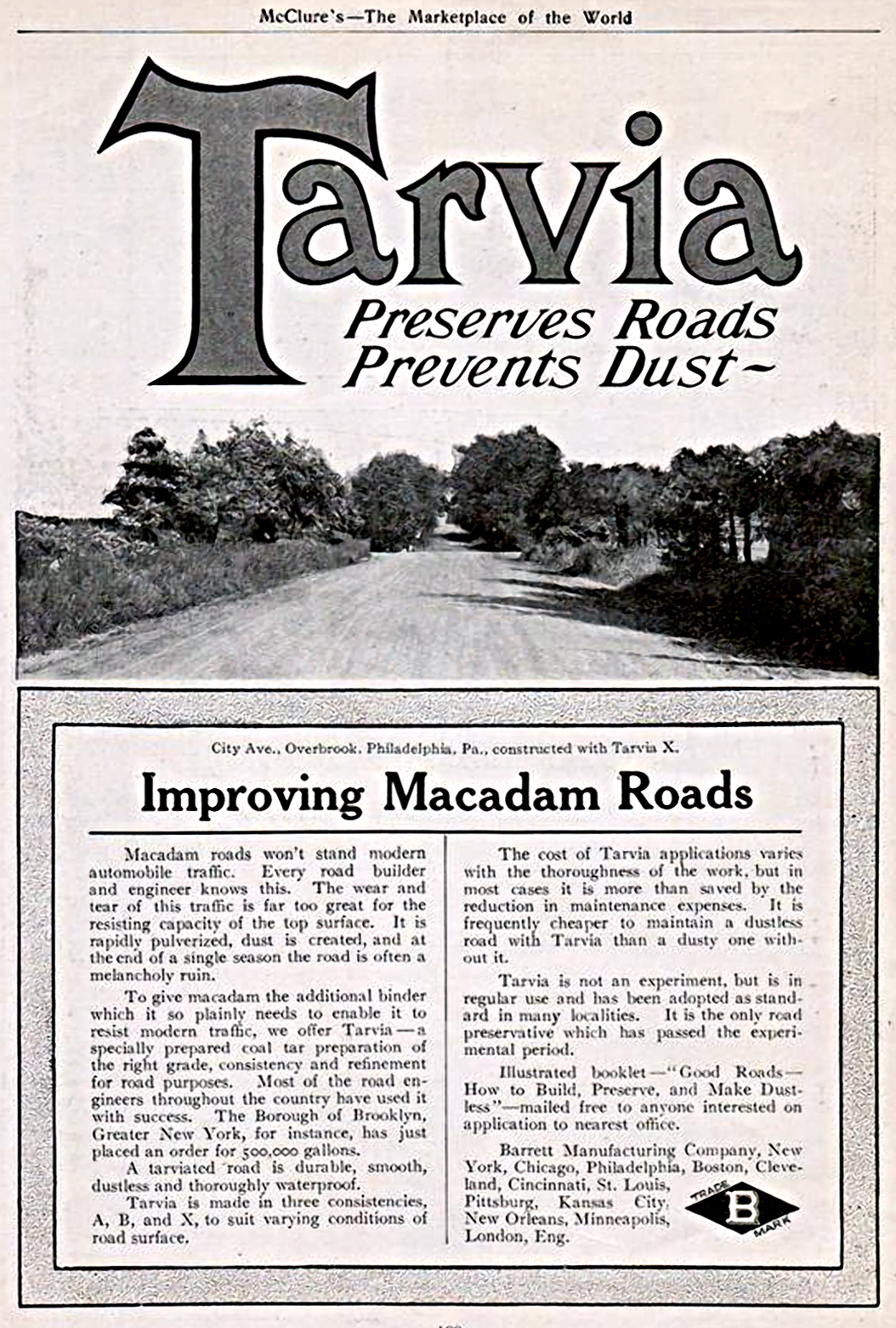